You may have noticed some differences between Western and Japanese kitchen knives. Today, as Japanese knife makers feel the pressure to innovate, the line between the two traditions is sometimes blurred. Forging techniques and blade shapes aside, a main point of variation which should not be overlooked is… the handle! Whenever you are choosing kitchen knives, you ought to consider the parts you will (hopefully) have the most contact with. This guide is intended to help you spot the difference and decide which style of knife handle suits you the best.

In case you are unfamiliar with knife terminology, the tang is the metal part of the knife which extends through the handle. In Western-style knives, including those made in Japan, the handle is usually made in two parts and secured to the tang with two or three rivets on each side. On many knives, the tang is exposed along the top of the handle. When the tang extends all the way to the butt of the knife, it is called a 'full tang'.

Western-style knife handles are often shaped to fit the hand. They contain proportionally more metal than their Japanese-style counterparts, which makes them heavier, as a counterbalance to the blade itself. This often means that the knife's balance point is more central compared to that of a traditional Japanese knife, which is more likely to be blade-heavy. 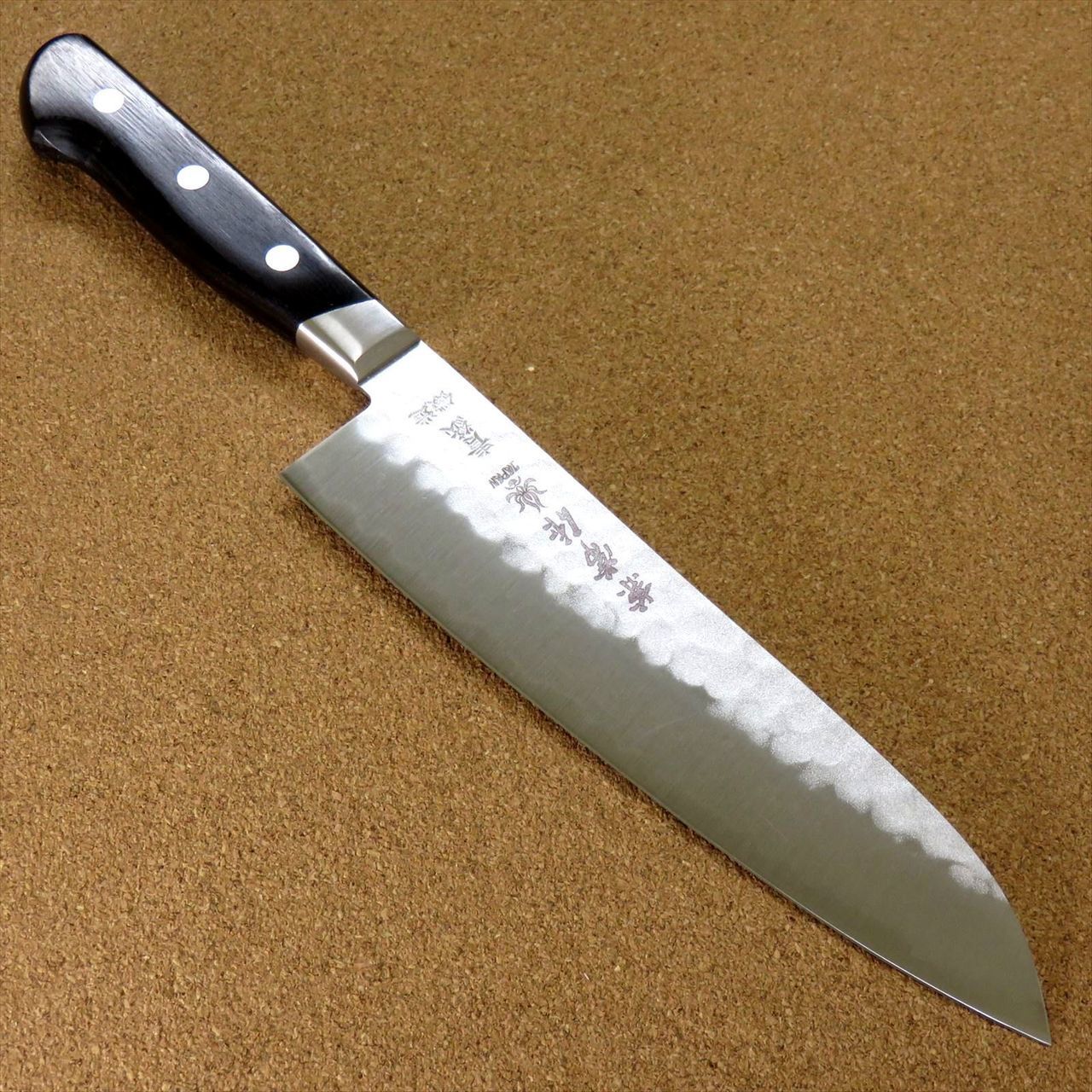 Traditional Japanese knives have a hidden tang which is secured in the core of the handle. The handle itself is traditionally made of wood and may have an oval, D-shaped or octagonal cross-section. Some people prefer a smooth oval handle, while others prefer the ergonomic grip of a D-shaped or octagonal handle. The end of the handle nearest the blade is wrapped in a distinctive, smooth 'kakumaki' for added comfort; usually black, this can be made from a range of materials. 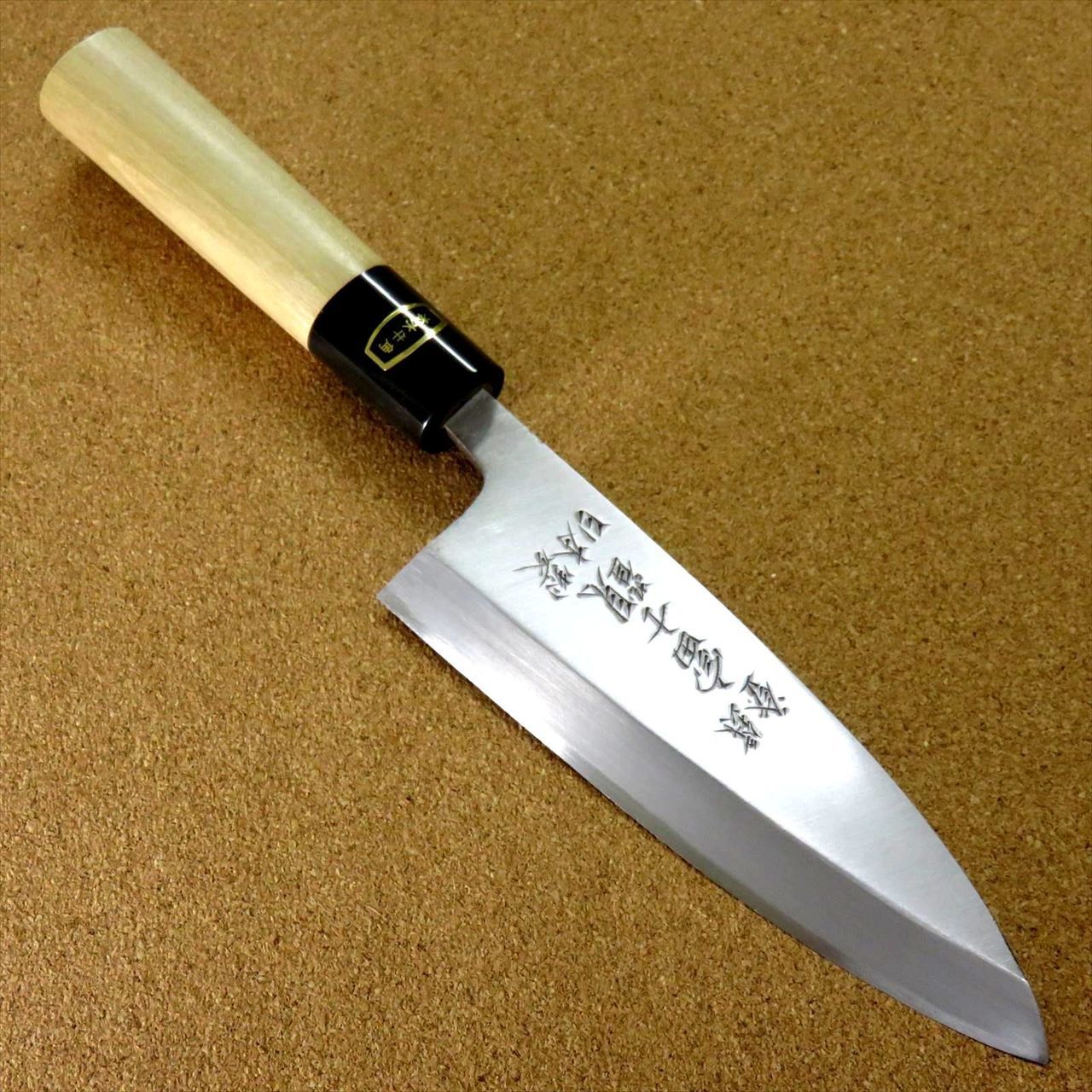 The 'kakumaki' shares its name with a kind of blanket that is worn over the shoulders in snowy weather. This might explain why the heel of the blade is called the 'ago', meaning 'chin' in Japanese. If the knife were pointed upwards, we could imagine the blade as the lower part of a face and the beginning of the tang as a comically thin neck.

Today, some Japanese knife makers marry the traditional profiles of Japanese kitchen knives, such as the santoku or yanagiba, with Western-style handles. Such hybrid knives, particularly those made in Japan to traditional quality standards, are steadily gaining popularity with home cooks. 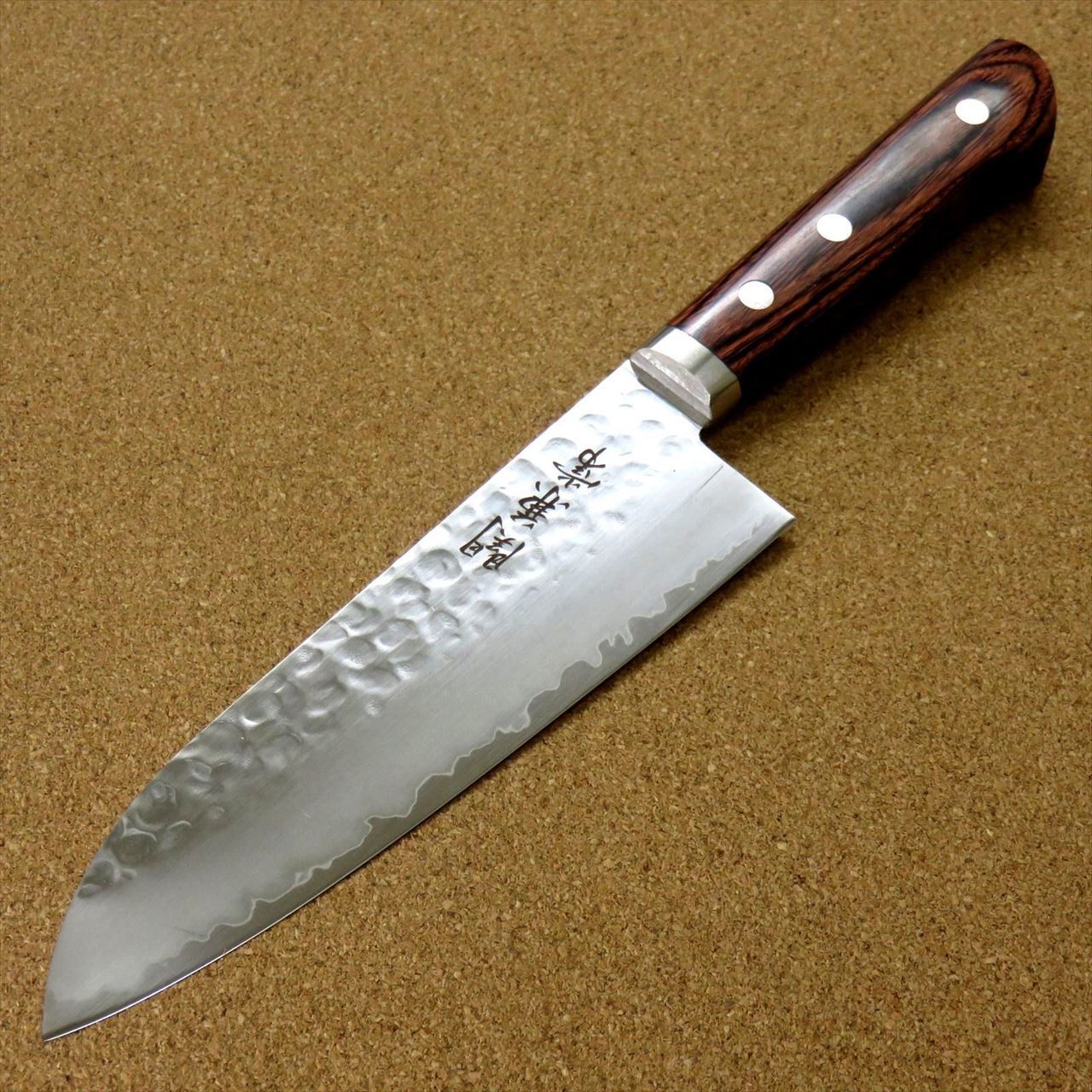 How to Choose a Knife by Handle Type: Top Tips

While the materials and aesthetics of the handle will certainly factor into your choice of knife, the way you hold the knife should be your number one consideration.

● Shaped or tapered Western-style handles best suit users who mostly grip the handle itself. Less experienced cooks are usually more comfortable with this kind of grip.
● Some people favour a 'pinch grip', holding the sides of the blade between thumb and forefinger while curling the other fingers around the handle. This grip, which allows greater control and precision, is possible with most larger Western and Japanese kitchen knives.
● Pinch grip users who mainly perform pushing or pulling strokes, e.g. when slicing fish or vegetables, may prefer a Japanese-style handle.
● If you prefer to grip a handle with a little more weight, but work in a restricted space or prefer not to lift your hand too much, a hybrid or 'modern' santoku might be a great choice.

In case you have ever wondered how to name the various parts of a knife in Japanese, here is a useful glossary of Japanese knife terms.